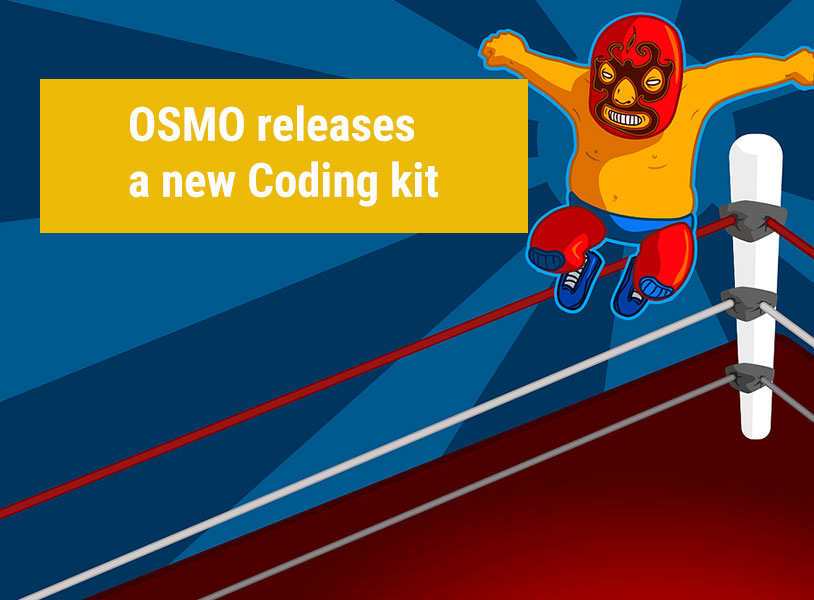 Coding has become a part of basic literacy in this modern era. It has lucrative career prospects and can make an individual stand out from the crowd. We had highlighted a number of gadgets or apps on our site previously that serve as an effective educational tool when the concerned subject is programming or coding. Some of these popular ones mentioned on our site are Lego Mindstorms, Dash and Dot, Fuzebox and Ozobot. Today we’ll take a peek at the OSMO coding kit which they released lately for enthusiastic kids with an interest in programming.

Before we start, we would like to say than an article on the topic of OSMO was previously published by our website. You can check that out if you had not gone through that article or you want to know more about OSMO or how to set up an OSMO. This article is exclusively based on the new coding kit released by OSMO. The previous ones were Newton, Tangram, Numbers and Masterpiece. All the previous ones were explained in our previous article.

OSMO coding is actually developed for young children or beginners who want to explore the wonderful world of programming as an easily comprehensible route into coding. The working of OSMO coding is similar to that of the other kits/games released by OSMO itself including Newton, Tangram, Numbers and Masterpiece. You just have to attach the reflector to your iPad, activate the particular apps that you are going to play (each app is available for free on the apple app store) and you are set to start with OSMO (for details refer to our other article). The app’s AI has the capability of using the vision of your iPad (which in this case is the camera) to study the scene to a specific limit in front of your iPad. In this case, OSMO will look for the coding blocks that should be placed in front of it. The player has to place the blocks in the correct sequence and press the on-screen “play” button. That will initiate the program execution process. The player has to place the blocks in the correct sequence for a successful program execution, otherwise it will result in a mistake and the execution might not be desirable, or the program might not run at all. A simple concept from the user’s point of view, yet it’s pretty effective.

The OSMO coding kit will work with an app that’ll soon be available on the Apple app store. The product itself will be available in the Apple retail stores from 1st June. Players will have to put together blocks sequentially and the on-screen character “Awbie” will follow that sequence created by the players to explore the colorful world. Players are simply putting instructions together using the blocks in the real world with the result on the iPad screen. There are four choices of commands. The players should choose between them accordingly to fulfill a specific goal. These 4 commands are walk, jump, grab and an unpredictable magic command that triggers off an unexpected action. That magic command spices up the entire game because of its unpredictability. It keeps the players guessing until the very end. A dial with an arrow is placed on each block that instructs the way to go in. The number block should be added to the end of a specific direction block. Let’s go through an example to make the matter clearer. The objective of the code is to make the character walk forward by say 5. The player has to set the direction block and add the number block 5. Then s/he has to add the play button and press the same. That will result in a successful program execution. Please note that no action will be initiated unless the player presses the play button on the block. There’s also one “repeat” block that helps the players to create loops which is an important programming concept.

You can go through this short video to get an idea of the same.

OSMO coding is an effective tool of teaching programming to the beginners of this subject. The best thing about OSMO coding is the interactive connection between real life activities with the same on the screen. This makes the learning experience fun, engaging and gratifying. Players can improvise their own modifications to the code through trial and error methods and have fun at the same time.

We would recommend OSMO coding to every the enthusiasts who want to explore the world of programming at an early age. In this era, coding is of utmost importance and OSMO coding should be the perfect weapon of your choice to adopt the coding culture. You can also look for an enrolment in after-school coding classes where coding lessons are provided in a fun and interactive manner. With that, we’ll conclude our article. Happy coding!