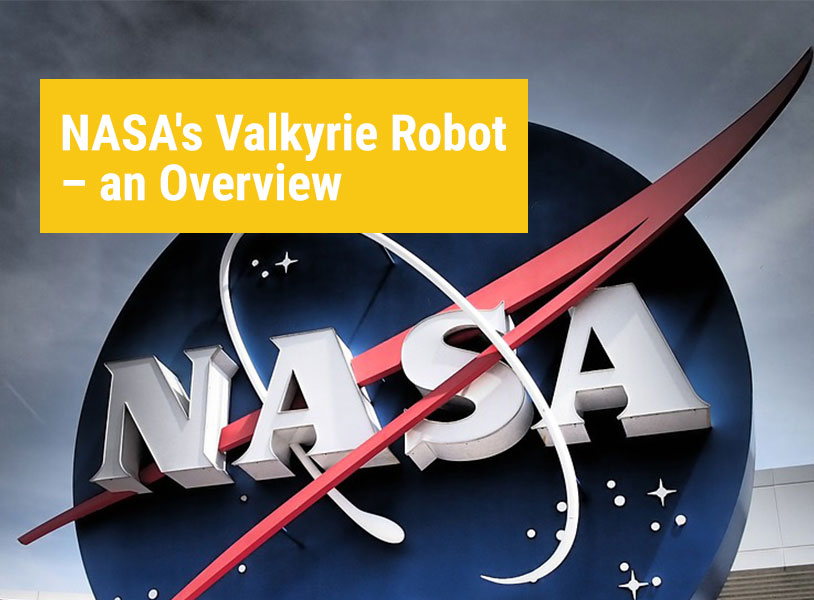 The Valkyrie robot platform was initially built in 2013. It was made by NASA. The main objective behind the creation of Valkyrie was to design a humanoid robot which would be capable enough to assist people in man-made or natural disaster rescue operations. This robot could traverse obstacle courses, use tools, drive vehicles and perform a number of tasks that are required in disaster rescue operations. Valkyrie's software was developed in collaboration with IHMC.

The Valkyrie robot was made by NASA for their entry into the DRC (Darpa Robotics Challenge), 2014. The robot, at first glance, may look similar to the famous comic-book character Iron man. The robot has a height of about 6 ft and weight of 290 pounds (approx.). The most striking attribute of Valkyrie is its sleek white shell (a foam armor) which protects the robot from shocks and bumps. The foam armor not only makes the robot aesthetically appealing but also makes the workers feel comfortable to work around the robot. Nicholas Radford, the project leader of Valkyrie said,“If you brush against it while you're working, you don't want to feel this cold, hard metal. You want it to feel natural, like you're working next to another human being." That's another desirable feature of the foam armor.

The Appearance of Valkyrie robot

The robot was made with the goal of being autonomous as much as possible. The robot has a number of sensors, LIDAR (located inside the robot's head), sonar and cameras. Valkyrie also consists of 2 on-board computers.

The sensors are classified into 3 categories:

The booting process is initiated.

The booting process is completed and the robot is ready but communication is still not established with any computer.

Robot has established communication and it's also ready to switch on its motor power and logic.

The logic is powered on but the motor is still powered off.

The logic is powered on. The motor is going through the process of being powered on.

The logic is powered on. The motor is also powered on but the power is drawn from tether.

The logic and the motor are powered on, and the power is drawn from the battery.

The robot has turned off its motor power.

The pictures corresponding to the above-mentioned colors can be found here.

You can go through this short video to see Valkyrie in action.

NASA believes that Valkyrie might be beneficial for space exploration and research projects in future. They reckon that robots like Valkyrie can conduct base operations, thereby permitting astronauts to concentrate on other important tasks, like inspecting geological formations and other similar activities. Nicolaus Radford said to IEEE,“NASA saw considerable overlap in what the DRC is trying to accomplish, in NASA's goals as an agency, and in our vision for space exploration. NASA wants to get to Mars, and in order to get to Mars, NASA will likely send robots ahead of the human explorers. These robots will start preparing the way for the humans, and when the humans arrive, the robots and the humans will work together. Technologies like Valkyrie, and the other advancements that the DRC is making, are feeding directly into programs that NASA sees as critical for long-term human space exploration.”

There's no doubt that these type of humanoid robots that have been a part of the fictitious world have gained prominence in the present world. The collaborative work between the humans and the robots should transform the world into a better and a safer place.