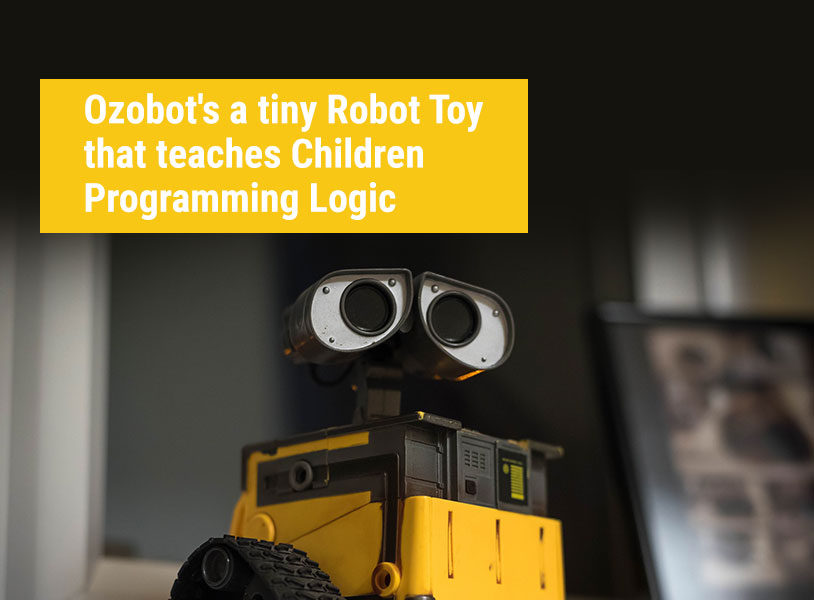 Ozobot is a small bot which helps children to learn simple coding language and also develop deductive reasoning. Let's have a look at this toy in more details.

Ozobot is pretty tiny in shape. It's only about an inch in height as well as diameter. The bot is not fragile and is well-constructed. It has a thick dome-like plastic shell that is more or less transparent. The users can actually see a number of electric components through the transparent plastic shell. The base has a pretty solid look. Additional 'skins' are also available to give the bot different looks.

Ozobot may be small in shape but that look is pretty deceptive. This is a fairly complex bot. The various components of this tiny bot are:

Considering the package of Ozobot bit 2.0(Dual pack), the contents are listed below:

Various other packages are available on Amazon considering different versions and the number of Ozobots. The above package seemingly is pretty economical considering the contents and the version.

Functionality of Ozobot on paper

Ozobot can function on any type of paper having a maze or any path drawn in black, green, red or blue. It virtually takes digital learning methods offline and places it on a piece of paper.

The package contains a maze on a card that the Ozobot cheerfully follows along. As soon as it encounters an intersection in the path, it takes decisions as to where to turn and continue on its journey. As soon as the Ozobot reaches a colored section, the Light Emitting Diode (LED) at its top changes itself to that specific color (red, green or blue). Sometimes, triple colored combination codes are present on the maze. Crossing such combinations results in an increase or decrease in Ozobot's speed. You can find a number of mazes on the internet that are printable as well. These mazes along with the Ozobot is a pretty good combination to have an enjoyable playing experience.

Another area where this bot really shines is in the field of Brain Teasers as well as challenges. The user can find some of the printable ones on the internet. These printable ones generally contain a black-lined maze with code section(s). The code sections are represented by 3 white squares. A few code snippets are present at the Brain Teaser's bottom. The user has to make choices from those code snippets in order to find out the appropriate codes required at designated places for completing the path, thereby allowing the bot to successfully finish its journey from the starting point to the finishing line. The white areas on the paper need to be colored with the black, red, green and blue markers matching the chosen codes made by the user. If the appropriate codes are selected and marked on the paper matching that pattern on screen, the Ozobot will successfully complete its journey by deciphering the code. The user can find a thorough list of OzoCodes here that are required for the Ozobot's response. These 29 OzoCodes will play an important role in unleashing your child's imagination and creativity in designing any path that the Ozobot can follow.

The Ozobot app is available for IOS and Android. You can download the android app from Google Play and the IOS app from Apple App Store directly. There's a TuneUp section in the app where the sensors can be calibrated, the mood of the Ozobot can be set (setting the default color of LED), default speed can be set, the motors can be tuned, reset the bot etc. The app contains 3 functional mini-games. These games are-

OzoDraw game allows children to choose between three modes namely Freedraw, Playground and Challenge modes. Freedraw allows the users to draw any mazes of their choice using OzoCodes. The users can examine the reactions of their ozobots as the bots traverse that path. Playground mode enables the users to select a previously stated maze. The users can draw the OzoCodes to complete the maze for the successful completion of their Ozobot's journey. Dragging of OzoCode snippets for the same purpose is also allowed. The challenge mode is more suitable for education purposes. There are difficulty levels present in this mode. The users are presented with a previously-drawn maze coupled with specific type(s) and number of codes. The aim is to use only those codes that are given in the problem to make the Ozobot complete its journey successfully.

OzoLuck is basically a game of chances. It's fun to play. The user can make his/her choice of the specific number of possible outcomes for his/her Ozobot. The users have to select a maze type from 3 maze types. After generating the maze, the user has to decide the possible outcome of that, as per his deducing ability. If the Ozobot successfully completes its journey by providing the user with the same outcome that s/he chose before the Ozobot's journey, then s/he is the winner.

OzoPath's a puzzle-style learning tool using Ozobots. A stipulated time is there to finish each puzzle. It's a race against time. The users have to finish the path with specific tiles from the start to the finish. The tiles can be rotated, thereby opening new probabilities and closing existing probabilities. The Ozobot can only traverse that specific path after the entire path is completed using such tiles. The main objective remains the same. The bot has to reach the designated destination. The path has to be made by the user using such tiles keeping that objective in mind.

OzoBlockly is another programming interface that's based on the concept of color-coding. You can find the interface here. OzoBlockly is only suitable for ‘Ozobot bit’ like the one mentioned in “Inside the package”. The programs on this interface can be created by dragging and dropping subsequent code snippets. Using JavaScript, the translation of these block-based codes is possible for viewing the actual program. With OzoBlockly, the bot can be coded without using Bluetooth, cables or WiFi. The bot simply has to be placed on the iPad screen after completing the program for loading the code into the bot. You can find the step-by-step detailed instructions on that interface.

You can go through this video to get some basic ideas on Ozobots.

Ozobot's a great little robot. This is perfect for building the basics of coding concepts in children. This bot is well-built to withstand shocks and blocks. Programming with Ozobots would turn coding experience into something that's extremely gratifying.