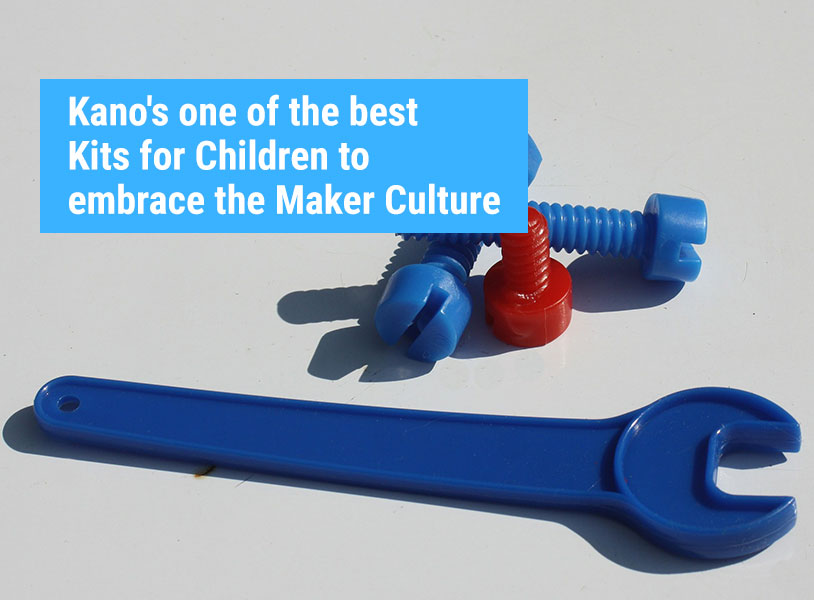 We have already discussed about Arduino in an article previously, a kit that's actually made for the makers. It's true that this kit is suitable for all ages. But what about a simpler kit? A more compact kit that's capable of providing a hands-on hardware assembling knowledge along with the programming knowledge? A kit that's aesthetically appealing and also perfectly suitable for children? That's where Kano comes in. Almost every component in this computer kit seems to be designed exactly for children. It's a DIY (do-it-yourself) kit designed for all ages. Do you want to assemble a PC from scratch? It's possible to do that with Kano. Are you interested to learn some of the basics of programming? Kano can help you out. Let's take a closer look at this kit.

Components of the Kit

Kano's the perfect kit to give a hands-on hardware assembling experience to children. It may seem pretty simple from the distant perspective. But this experience can really have a positive influence on a child. In this world, almost everything comes in a pre-assembled form. You can take something out from the box and can immediately make it work. Kano is a bit different in this bracket because it needs to be assembled first by the user. The instruction book can help the user out by imparting clear instructions to get the parts together. After assembling, you can plug the computer into a screen (it can be a TV or a monitor) using the HDMI cable and you are set to go.

Kano operating system looks pretty easy. It looks very neat and is quite pretty as well.

Kano has a jolly approach to coding. Kano uses music, art and games in a clever manner to engage children in programming. Children can experiment with this kit. Some of the apps and games that are available in Kano for introducing children to programming are described below.

Pong's one of the initial video games that was developed and incorporated by Atari. The users can play this game on Kano and can also modify certain features of the game like altering the speed and size of the moving ball. The users can alter the rules as well like increasing the speed of things, constructing a wall that is invisible, etc. All these can be done using the Kano blocks. It's a visual dragging and dropping coding system.

A combination of Python and Snake (the famous old-school game)

Kano Draw can be used to make smiley faces and pizzas by making changes in coding lines. It's basically a trial and error process.

Minecraft was one of the largest selling points of Kano. Minecraft in Kano is modifiable. The users can mix real code, block commands of Kano and game-play. There are fourteen introductory quests. Using few instruction blocks, the users can make stone tunnels, giant towers and volcanoes and many more.

Kano has Chromium for web-browsing. The same application can be used to check e-mails. For browsing YouTube, there's the video player. There's a text editor application as well. Other applications include paint and calculator. There's an on-line marketplace called “Kano World”. This can be used to download apps like LibreOffice, Lifeograph and games.

Take a look at this short video to get an idea of the various ways you can work with Kano.

You can look at the detailed specifications and the price of Kano over here.

Most of the people, these days, can use technology effectively and easily. But what about understanding its concepts, the underlying principle, the programming involved? Just using it effectively is surely not good enough. Coding is the basic technological literacy. The maker culture has already started. It's necessary to introduce our children to this culture as soon as possible, to make them ready for the future. Kano is a perfect tool for young makers. Get a Kano and make your children build, learn, play and have fun.