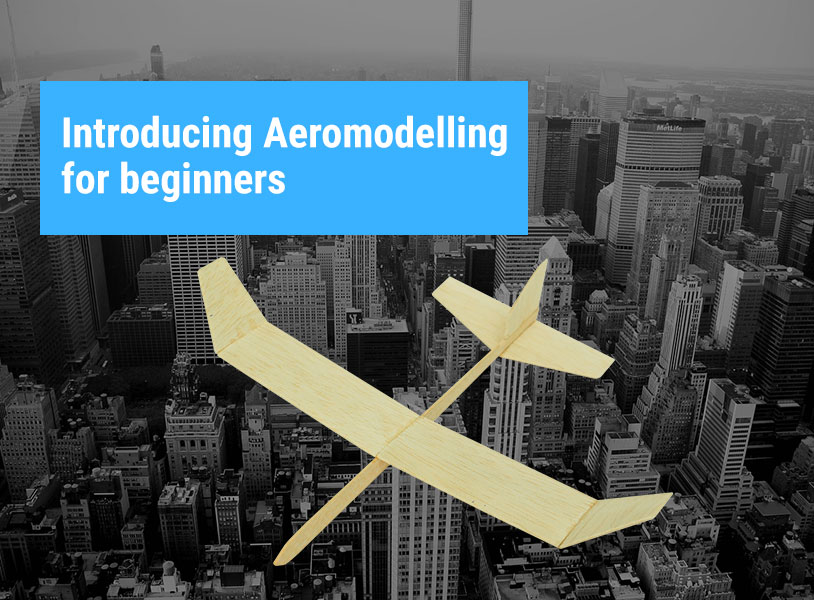 Aeromodelling refers to the construction of model aircrafts that can be static (made just for show, cannot fly) or functional (made for flying or gliding). So what are these model aircrafts? Model aircrafts are mainly scaled down versions of real world plane. These models can be static or dynamic (that is they can either fly or glide). The materials used for manufacturing such model airplanes are polystyrene, foam, balsa wood and fiberglass. Different techniques are implemented for constructing models as per their functions. This article will discuss aeromodelling in details especially for beginner.

Static models are scaled-down plane models that cannot fly. These models are mainly constructed using plastic, metal, wood or paper. We have built paper places in classes in our school days. Those are a fine example of static aircraft models. You will probably say that those models can fly because you used to throw them around…right? Well, if you do say that, we would say that that is a wrong concept. A dynamic plane is one that can glide or can be controlled in flight. A paper airplane cannot be controlled. It can’t even glide effectively. It comes down within a matter of seconds. Such models cannot be deemed dynamic.

A static model of an aircraft

The term aeromodelling is typically referred to the construction of flying models. The static models do lie in this category but more priority is given to the flying ones. There are 3 major categories of these flying aircraft models. Let’s go through them.

Free flight models are those models that have the capability of flying without being externally controlled from the ground. These are typically simple “gliders” made from a material known as balsa wood. These gliders are generally catapulted or chucked into the air. After a launch, these models can glide for some time and can usually come down for a graceful landing. These type of free model aircraft constructions are the best ones for beginners in aeromodelling.

Control line models possess cables (usually 2) leading from the aircraft wings to the flyer. The plane usually flies around in circles. The flyer has the capability of controlling the elevation. The speed of flight is also quite astonishing. It moves around very fast in a circular motion. The users can do a number of “aerobatics” with these types of models. The activities done with control line models seem are very exciting for teenagers. The nature of this flight makes it a popular pastime for people belonging to all ages. Control line model flights are implemented in competitions all over the world. This activity is extremely gratifying and is fun at the same time.

A representation of a control line model plane in action

RC aircraft flights mainly grew as a hobby. But now it has improved a lot with the advancement of technology and the improvement of cost, performance, weight, motor capabilities, batteries and other electronics.

A number of RC aircraft kits are available in the market at a reasonable price. The types are:

Ready to fly: Just get the model out and you are set to play with it.

Bind-N-Fly: These are similar to the Ready to fly models we discussed before but it doesn’t come with a transmitter. You have to design one and bind the same to this aircraft model.

Wood kit: These kits come with the raw materials required for assembling the aircraft along with a construction manual. These kits are specifically suitable for advanced users in this field.

From scratch: Like the name suggests, users will have to build their model planes from scratch with the help of a plan provided by these type of kits.

Aeromodelling is a fascinating pastime. The users can learn about a lot of intricate topics based on electronics and science through aeromodelling while having fun at the same time. Why don’t you give it a try? You’ll surely learn a lot. Plus it’s a whole lot of fun.  That’s it for now. Hope you had a good read.