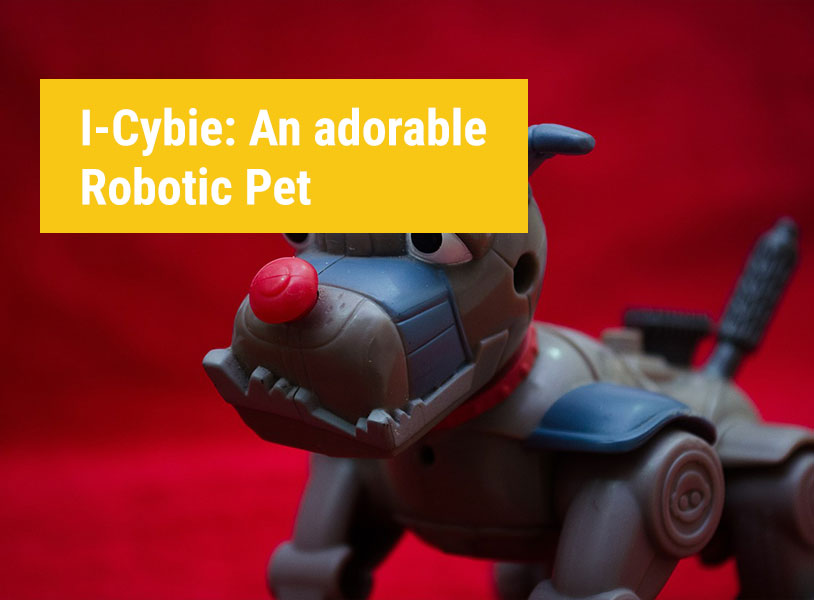 I-Cybie is a type of biomorphic robot pet. The word “biomorphic” means something resembling any living organism. The I-Cybie has the semblance of an adorable dog. This robotic dog can respond to touch, sound, movement and various voice commands. This robot has an autonomous recharge feature. There's a unique docking station for this purpose. This was the first mass-manufactured robotic toy having an advanced voice identification technology.

Components and their general functions

I-Cybie contains 16 in-built motors for various functions. Three CPU's are there for various purposes. These three are listed below:

I-Cybie has a total number of 1400 parts. For determination of mood as well as behavior, I-Cybie uses a number of sensors. Some of these sensors are:

It is possible to program an I-Cybie in a manner in which it will show its response to a specific user's voice commands. The speech recognition feature of this robot is speaker oriented. RSC 300/364 serves this purpose effectively. This micro-controller is capable of processing those commands irrespective of any specific spoken language on the basis of biometric authentication. The manual lists eight voice commands. These commands would enable initiation of eight various behavior categories. I-Cybie has the capability of picking up sharp sounds. It can also localize the approximate course of the sound source. I-Cybie also has a unique feature in its “clap command” (inside “play” mode) mode. It counts the amount of claps that are given in that mode and responds accordingly with equal number of barks. The Orientation Sensor helps the robot to rise back up on its feet if it has toppled over. The robot can detect whether it is in a cramped space or there's an obstacle blocking its path. There's a mode called the “guard” mode in which it can actually detect motion. The light sensors located on its nose and back serve this purpose. The light sensors also help the bot to perceive ambient levels of light. I-Cybie can use various gaits for moving. It can perform a number of actions like sitting, rolling on its sides, standing on the head etc. The IR sensors help the bot to detect edges and avoid collisions. I-Cybie has the capability to know whether the charge of its battery is low or not. If the battery charge is low, it will automatically shut itself down. There's a walk-up charger which comes with the robot that is used to charge I-Cybie. If the walk-up charger is nearby, I-Cybie will automatically find the charger and start recharging itself.

I-Cybie possesses five “moods” that get reflected in its autonomous behavior. These five moods seemingly are:

The moods are based on the accumulative count and ways of interactions with the robot. The built-in sensors pick up the count and ways of interactions resulting in certain moods such as the ones listed above. The users can actually determine the current mood of the bot by its posture, eye color and from certain types of behavior (like yawning while sleepy etc.). I-Cybie's built-in artificial intelligence is regarded as “evolving” depending on the treatment of users and the environment.

The I-Cybie can be controlled using an IR RCU (Remote Control Unit). The chest array accepts the remote commands and enables the bot to communicate with other similar toys like another I-Cybie. The remote has several specific modes like the play, guard and stay modes. The remote also features a “training” mode for modifying the robot's speech recognition feature.