An Overview of Arduino (in USA) or Genuino (outside USA) 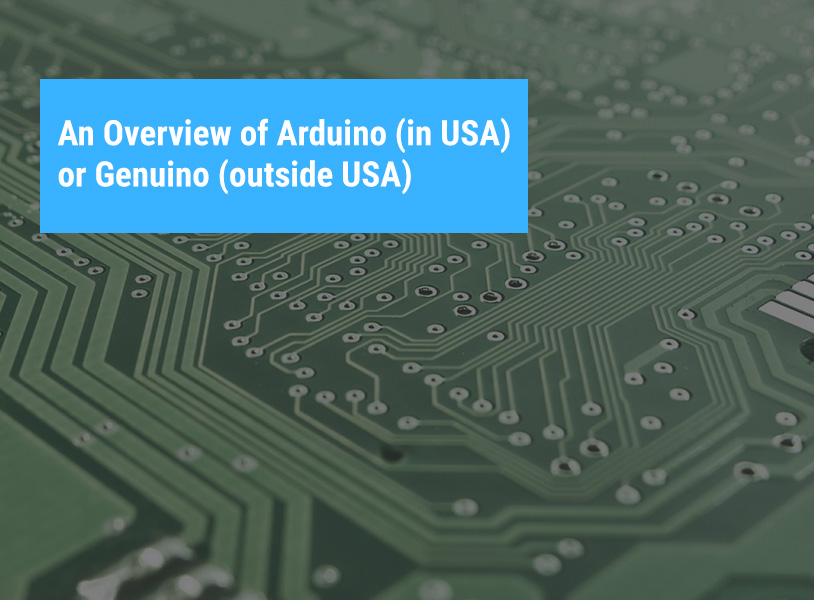 Arduino is a prototyping platform that is open-sourced. This means that this platform promotes universal use or modification and redistribution after modification of its blueprint or design via a free license. Arduino platforms are micro-controller-based kits that can be used to build digital devices that can perceive (sense) and control various objects in real world.

Arduino has a micro-controller-type board design which is manufactured by various vendors. The system has a set of digital as well as analog input-output pins which can be interfaced (incorporated) to a number of expansion boards as well as other circuits. The board includes USB (Universal Serial Bus) on some versions. Arduino projects support C++ and C programming languages.

Arduino boards come in do-it-yourself or preassembled kits. Hardware designs are publicly available. Arduino made its appearance in 2005 with the aim of providing a cheap and uncomplicated way for beginners as well as professionals to make devices which interact with the environment with the use of actuators and sensors. Common devices that can be created are robots, motion detectors and thermostats.

Arduino boards previously used to have Atmel 8 or 16 or 32 bit AVR micro-controller. Since 2015, micro-controller of other makers are also used. The board also consists of complementary components which help in programming and incorporating into other circuits. The important feature of Arduino is the standard connectors that it constitutes, that allows the user to connect Central Processing Unit board to various replaceable add-on modules called shields. The micro-controller of an Arduino is pre-programmed with boot loader which simplifies programs uploading to on-chip non-volatile (flash) memory.

The Arduino board's I/O pins are exposed so that they can be used by additional circuits. Duemilanove, Diecimila and latest Uno has 14 I/O pins.

An Arduino UNO board

The programs for Arduino can be coded in any type of programming language that has a compiler which can produce binary code. Arduino projects constitute an IDE (Integrated Development Environment). IDE can introduce coding to newcomers who are unfamiliar with programming. Arduino IDE can support both C as well as C++ coding languages.

Arduino is very user-friendly. It has a simple user interface. Arduino has already been employed in many projects as well as applications. The software of Arduino is perfect for beginners because it's easy enough to use. It's also perfect for professionals because it's flexible enough and can be modified as per their needs. Arduino can run on Mac, Linux and Windows. Arduino can be implemented in various school projects. Arduino can be implemented to manufacture cheap scientific instruments, prove Physics and Chemistry principles. The best implementation can be done in the field of coding and robotics. Designers can build various interactive prototypes, musicians can use this for installing and experimenting with modern musical instruments. Arduino is an important tool for learning new things. It's not necessary for a person to have previous experience or knowledge on this subject matter. The kit is designed in such a manner that anyone can start using this kit by following step-wise instructions that come with the kit. The online Arduino community is vast with information shared by various users which can be referred to for consultation. You can go through a number of Arduino models here.

There are various micro-controller platforms obtainable in the market that offer similar functionality for e.g. Netmedia's BX-24, MIT's Handyboard etc. But Arduino stands out from the crowd by a number of features. Those features are listed below:

Some information on Arduino or Genuino UNO

You can go through this guide to know some details on this matter.

Arduino platforms allow fast and easy prototyping. This platform is manufactured with that objective only. You can apply any idea that has come to your mind in relation to electronics through Arduino. After application, you will be able to see whether it works or not. Arduino platform provides a number of free program libraries and pre-wiring which help in prototyping. If you love robotics or coding, there's nothing better than Arduino to get started with.

Posted by FUTURITE in Robotics, After School Activities
Tags:robotics, kids