A peek at Fuzebox, a convenient Coding Device 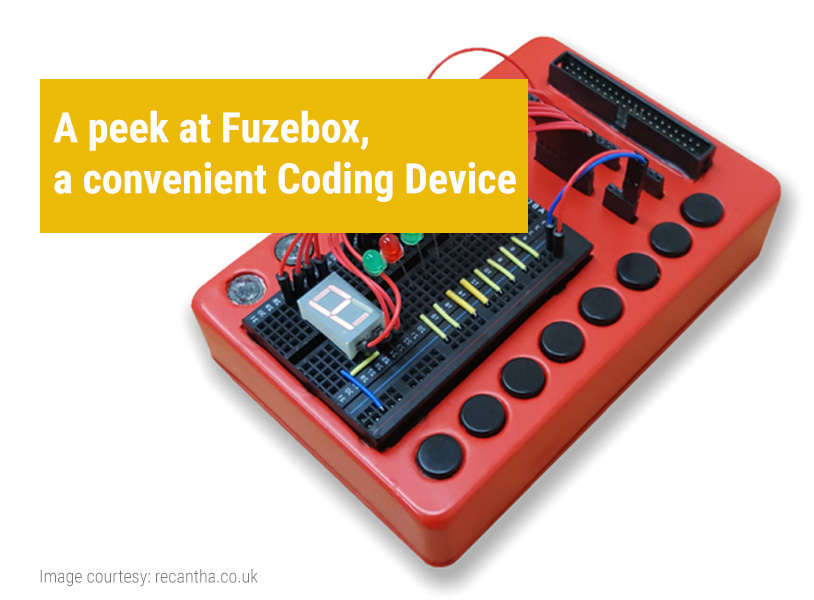 Coding has become a part of basic literacy in this modern era. Programming knowledge has considerable significance in various job prospects and higher education. Hence, it's necessary to get yourself acclimatized to programming from a very early age in order to make yourself stand out from the crowd. There are several devices available in the market that allow the beginners to get started with programming. The best thing is that these devices do have pretty nominal price tags that make them suitable for the makers, beginners and people who want to adopt the DIY (Do-It-Yourself) culture. We have already discussed a few devices over here in the form of single board computers (SBCs), Kano etc. Today we'll take a peek at Fuzebox that also serves the same purpose and also have a few number of advanced features to support the professionals.

Fuzebox is deemed the ideal coding gadget suitable for everyone irrespective of any age group. This device can be used in various projects related to robotics and coding and can also be used for programming apps and games. If you are interested in electronics, Fuzebox is the perfect tool to pursue your interests based on the same subject. Fuzebox supports a variety of operating systems that include Windows, iOS, Linux or Android. It can be used from your smart-phone, tablet, laptop, PC, Raspberry Pi etc.

Fuze box can be sued by starters who want to get themselves acclimatized to hands-on STEM education involving robotics and coding. It can also be used by professional because of the wide range of features that it supports. Anyone who is interested in programming or elctronics can use Fuzebox.

Fuzebox contains a variety of sensors that are used by the device to interact with the environment. Some of its main components are listed below:

The Fuzebox can be connected to any device that supports OS of the likes of Windows, Mac, Android, Linux, or Raspberry Pi using wifi, USB or bluetooth. Let's go through the process in more detail in a step-by-step pattern.

Fuzebasic bridges the gap between SCRATCH-like languages and advanced languages

Note: You do not require an internet connection to code with Fuzebox.

What can be done with a Fuzebox?

A variety of activities can be done through Fuzebox. Let's go through some of them.

You can take a quick look at this short video to get the gist of Fuzebox.

It can be said that almost anything that's related to electronics and programming can be done through the Fuzebox. You write the code and watch it happen. You'll be able to bring your creative ideas to life. You can go through the project here for a better understanding of the gadget and can also see the available packages. It can be said that Fuzebox can be an effective education tool in STEM education.