A close look at Roomba, the autonomous Vacuum Cleaner 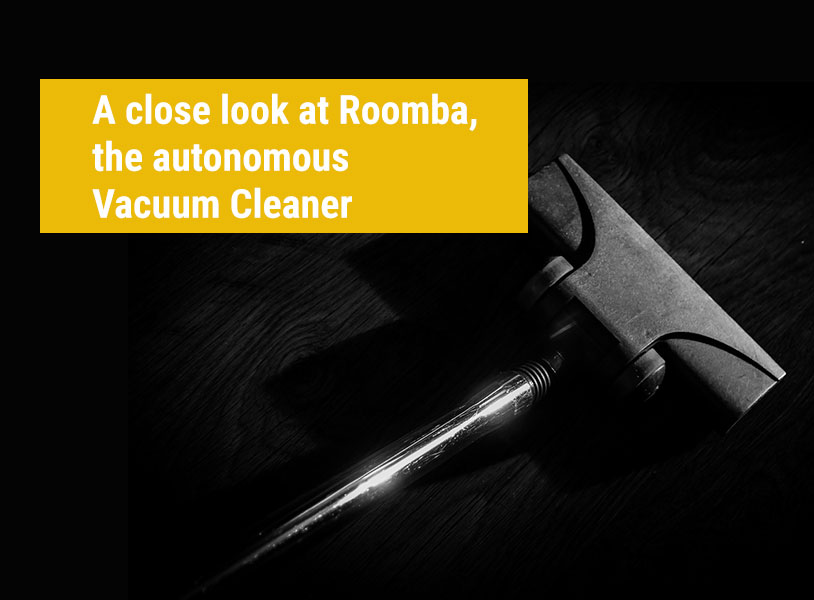 Roomba is basically a robot but unlike other flashy bots capable of performing jaw-dropping feats, this bot has the simple capability of cleaning your home. It’s basically an autonomous vacuum cleaner. Are you impressed? Probably not! But we would also say that this bot’s the best in this category and possesses a number of intricate features to carry out this job effectively and conveniently. Like Wolverine (a comic character) said “I am the best in what I do. But what I do is probably not the best”, we would also like to say the same statement is applicable in the case for Roomba vacuum cleaner. But why are we mentioning this in this article? We think that Roomba’s extraordinary and worth the mention. We’ll try to incorporate the same belief in our readers concerning Roomba in this article mentioning all the extraordinary features of this bot and a few other related things.

Roomba is basically an automated vacuum cleaner shaped in the form of a disk. It has a number of basic sensors that helps the bot to carry out its tasks in an effective manner. We have provided an image of this bot for your reference.

Roomba vacuum cleaners have a pair of brushes that rotate in opposite directions. That allows Roomba to pick up dirt or debris from the floor. Brushes are then followed by a squeegee vacuum. The airflow in the vacuum is directed through a narrow slit to increase its efficiency while collecting fine dust. It also increases the speed of the bot while it’s in action. There’s a spinning brush on the right side of the bot that’s mounted in a horizontal fashion. That brush sweeps against the areas on walls cleaning them up because those areas are out of reach from the main brush and the vacuum. The later models of Roomba utilize a system known as fan-bypass vacuum for cleaning purposes. Roomba is powered by a nickel-metal hybrid battery. The battery’s rechargeable and needs to be charged periodically from a wall socket. Later models possess a self-charging home-base for charging purposes. Such versions of the bot can search for the charge base on its own through infrared beacon and resume its charging procedure for that time if the charge comes down to a certain level. The charging time generally takes about 3 hours for a full charge from the threshold level.

Roomba is a disk-shaped bot that’s capable of changing directions if it encounters any obstacle in its path. It also has the capability of detecting dirty spots on the surface over which it’s roaming. It can detect a steep drop in height that keeps it from tumbling down stairs. Roomba exhibits a 360 degree turning on its legs, courtesy to its 2 independently operating wheels. The bot has the ability to adapt to various situations allowing it to perform various creative tasks.

Roomba models have the capability of working directly “out of the box”. People can manually pick up Roomba, place it in a room that needs to be cleaned and switch it on. That would take care of the entire issue. More advanced versions with the passage of time came into existence and those bots exhibit new operating features. There’s a “clean” mode in the operating features that’s used for usual cleaning purposes. There’s another mode called the “spot” that can be implemented to clean a small area using the outward-inward spiral mechanism. Another mode called the “max” mode is implemented for normal cleaning procedures until the complete depletion of the battery. The last mode is called the “dock” that is seemingly a pretty advanced mode and is found in the 3rd generation models. That mode, when activated instructs the bot to find its charging base on its own and recharge the battery.

The robot exhibits a bumper that allows it to perceive obstacles in its path. If it bumps into an obstacle in its path, the sensors allow Roomba to change its course or reverse its paths. The later generation models move faster than the previous versions. They also have additional infrared sensors for detecting obstacles. This allows the bot to slow down near an obstacle to reduce the force of impact. This technology can also detect the fact whether the obstacle nearby is made of soft or a solid material.

The cleaning time is dependent on the size of the room as well as the volume of dirt that needs to be cleaned. The user needs to estimate the size of the room and input the information into the bot for first generation Roombas; for later versions, the idea gets more advanced. The 2nd and 3rd generation versions can estimate the room size on their own. The bots are designed in a manner to operate in narrow spaces. If it’s stuck, it has the capability of informing the same to the user. For 1st generation versions, a light beacon is used to make its presence known to the user if the bot’s stuck in places. In later versions, a voice command serves the same purpose which is seemingly more effective than the light beacon. This short video will show you a bot in action.

Roomba is available for purchase on amazon but one thing’s certain that this robot is costly. Is it worth the money? Considering all its features, functionality, effectiveness and the fact that you are a neat freak (if you are), we’ll suggest you to take the leap of faith. That’ll also give you endless bragging rights because you can be the owner of an intricate robot, your very own personal “Roomba”. So will you get one? We leave the decision to you.